With just one sailor on Team SA at the Youth Olympic Games in Buenos Aires, Argentina, the pressure will be on Rut Gouws next week.
But the Stilbaai kiteboarder seems to thrive under pressure – having had to come through the continental qualification process, where only a win was good enough to book her spot on the team.
Having already achieved that win in Morocco earlier this year, hearing her name officially announced by the SA Sports Confederation and Olympic Committee (SASCOC) as part of Team SA was something Gouws will remember for a long time.
‘I didn’t have words. It was just amazing and it felt like all the effort that has been put in is finally worth it and everybody who helped, got the reward we were working for,’ explained the 15-year-old.
‘I just want to thank SA Sailing, the SA Kitesurfing Association, all my sponsors and especially my mom and dad who helped on the journey to get me here.
‘It’s such a huge opportunity that I can’t decide what I will enjoy more, but probably seeing and feeling and experiencing a new culture would be my favourite thing to do.’
With kiteboarding set to be added to the senior Olympic programme for Paris 2024, this will also be the first time it’s contested at the youth version of the global showpiece. And Gouws has just one goal in mind: ‘I hope to walk away knowing that I gave it my best.’
A lack of windy conditions has proved something of a challenge in the talented teenager’s preparations for the Games.
‘Without wind in SA it was hard to train on the water, but I trained really hard off the water, and kept my health and fitness up. We did go to Mozambique to train and it was successful but I wish SA had more wind,’ she admitted.
The SA team left Johannesburg for Argentina on Tuesday, with the sailing events due to get underway on Sunday.
For Gouws, who will be competing in the IKA Twin Tip Racing class, reaching the Youth Olympics was a goal in itself, but there’s plenty more she’s out to achieve.
‘The long-term goal is to reach the point of perfection, although I am well aware there is always something that a person can do to improve. I will still strive for that point, knowing it can never be fully reached.’
That is part of the appeal of the sport – along with the exhilaration it offers. What’s there not to love? I love everything, the thrill, adrenaline and family it created is just amazing,’ reckons Gouws.
‘It’s not just a sport, it’s a lifestyle, and you either have a passion for it or you don’t. You just have to commit and enjoy every second you’re on the water.’ 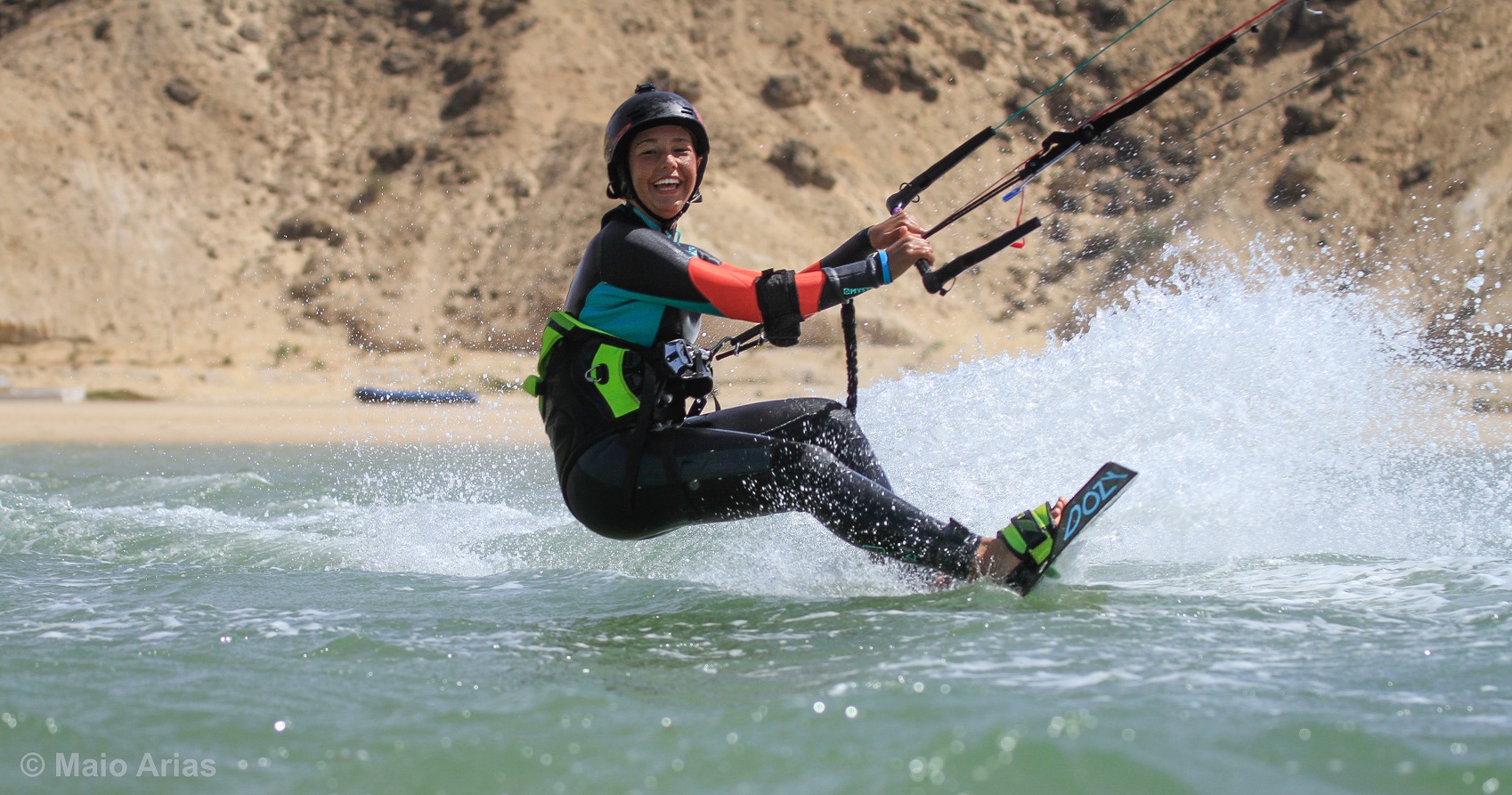 PHOTO: Gouws doing what she loves best, by Maio Arias