“A baby springok named Missy is the luckiest Bokkie in South Africa,” wrote Jenni Baxter in an article that was published on 1 March 2020 on www.sapeople.com. “She has been saved not once, but twice, by a Stilbaai farmer who has the hugest heart.”
Baxter tells the story that started on 23 October 2019 when Alison Bryant, who has a herd of 11 springbok (along with various other animals) had bought a few new pregnant ewes for her 72ha farm on the banks of the Goukou River outside Stilbaai. There was, however, tragedy when the ewes began to lamb as the farm’s dominant springbok ram attacked and killed them!
Alison told SAPeople that Missy was luckily still wet from birth when she saw the ram attacking her and she ran into the camp and saved her. She then explained how it then took her every two hours to get Missy to suckle from a bottle with a mix of milk and egg yolk. Little Missy got stronger, but earlier this year there was more sad news when Alison discovered that Missy had fractured her pelvis and that her back legs were paralysed. 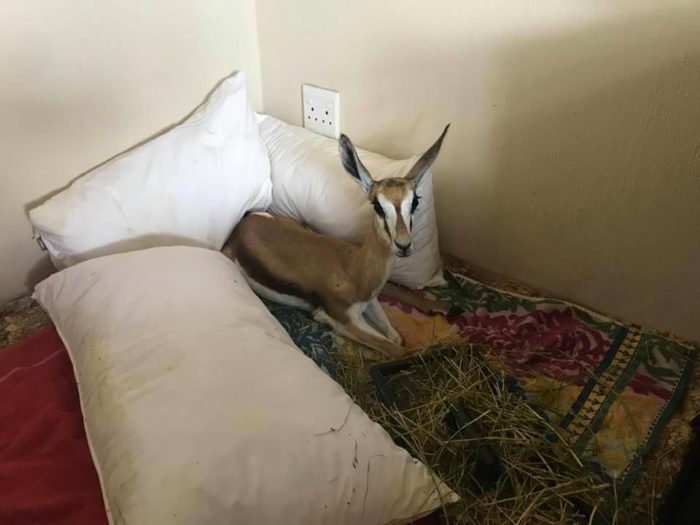 Missy was moved back to the spare room in Alison’s house on the farm and needed care 24/7. According to Alison’s Facebook posts, Missy needed to be contained for six to eight weeks for the hip to mend. It is not clear as to how she injured herself and Bryant thinks that she was maybe too close to the two Damara lambs and a Dorper and that the she might have been butted, causing her to fall and fracture her pelvis.
The little injured springbok was initially kept in a dog bed as she suffered form pressure sores and a raw left knee before Alison created a sling for her. Missy has grown and has been eating well and according to the vet, her fractured pelvis should heel as she is still young. “The vet has suggested she stays longer in the sling during the day so that her front leg elbows/knees can recover,” Bryant told SAPeople. 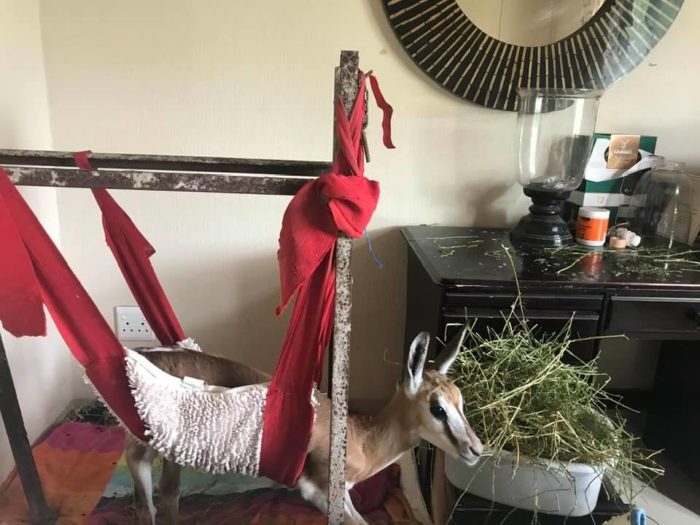 Missy in her new sling, the stretchy red bandages that I use for the horses works like a dream – Alison Bryant (from Facebook)

Bryant is the owner of Stonehouse Lodge, a private farm that specialises in olives, game and studrooi-poenskop cattle. Visitors can book self-catering accommodation at the lodge (sleeps up to eight guests) or at the White House Cottage. The olive estate contains over 5 000 olive trees of the cultivars Kalamata, Mission, Frantoia, Leccino and Coratina and the farm produces Extra Virgin Olive Oil that are hand picked and cold pressed. 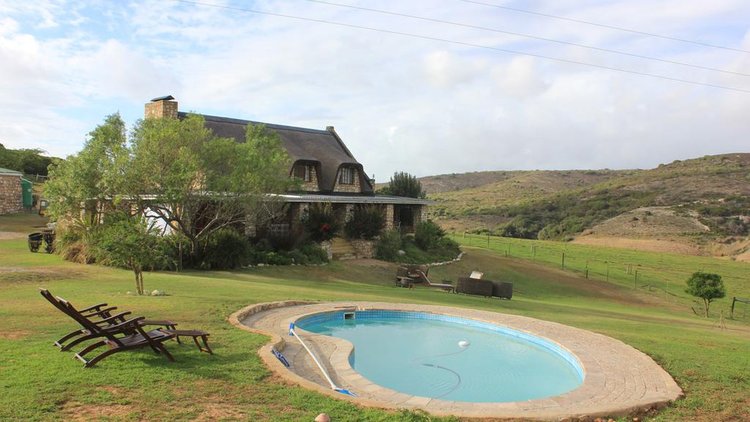 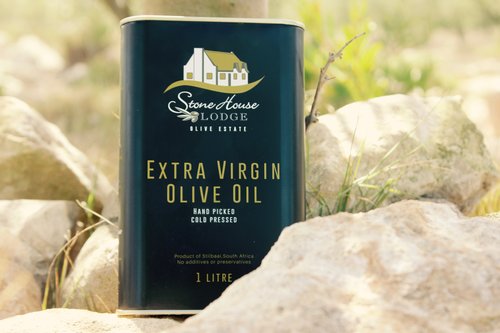