FROM A DIFFERENT ANGLE

When you look at the colourful beach houses – from a different angle and at the right time and place…
Then the little town of Stilbaai can look like a big city!
Photo by Sandy Marwick 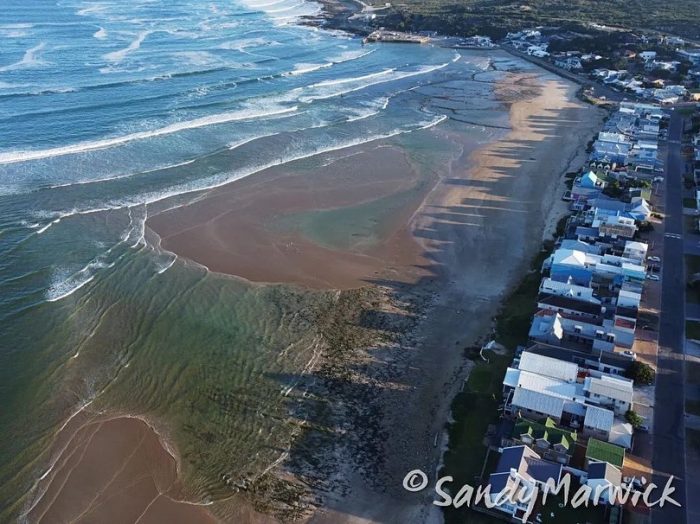 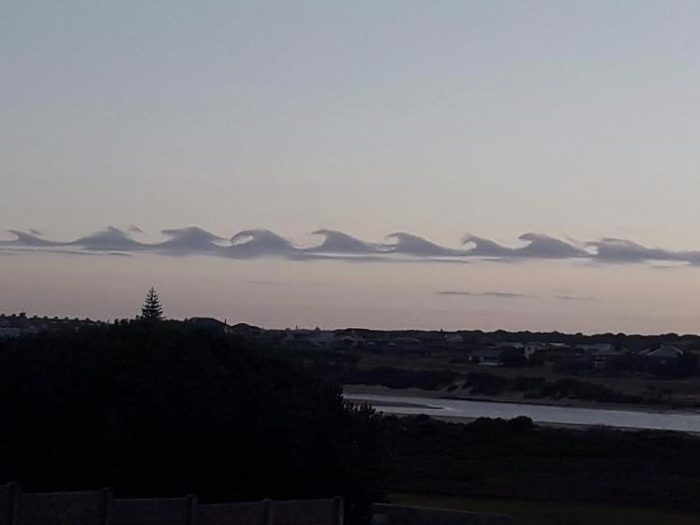 Sandy Marwick, blogging on Instagram as westcoastwisperer, took this amazing photo of the Goukou River mouth during Spring Tide during the first week of December 2021. The little monument in the sea at the West Beach was open and the ancient fish traps can be seen quite clearly. 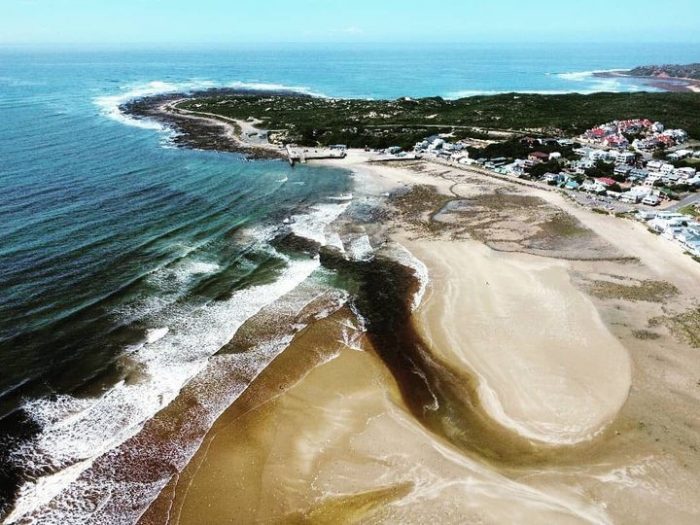 Local Stilbaai photographer, Richard Webb, regularly visit the harbour for photo opportunities. He was quite surprised when he looked at his photos and noticed the ‘dancing waves’ – can you see this ‘couple’ dancing?
View more of Richard Webb’s photos HERE. 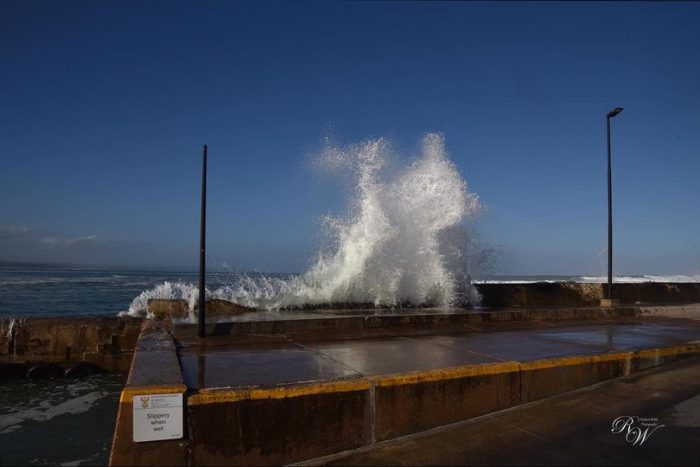 The colourful beach houses are as popular for photos than the welcome sight of the little boat at the N2 turn-off to Stilbaai!
It was a rainy weekend iin Stilbaai, but that did not keep locals and visitors to still visit the beach while photographer, Mandy Laroo (Photography) made full use of the opportunity to take photos.
See more photos in this series HERE.
Visit www.mystilbaai.co.za to find out what is happening and what to do in Stilbaai!

@mandy_laroo_photography “Those who teach the most about humanity aren’t always human.” 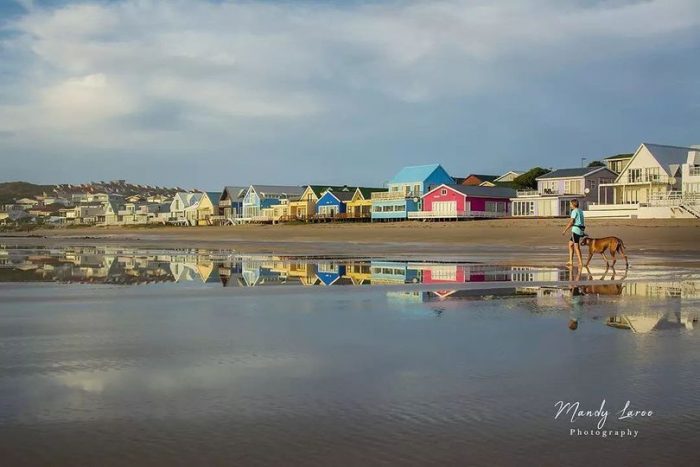 It is March and the “Candelabra Flowers” (Brunsvigia Orientalis – or ‘Koningskandelaar‘ in Afrikaans) are making their annual appearance – and how beautiful are these photos taken by Gavin Joyce! 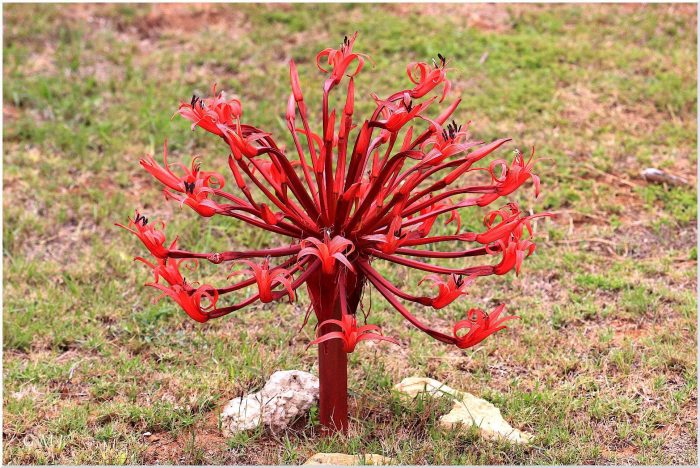 This plant comes from the Western Cape where it blooms in late summer before the leaves sprout. The large bulb sends up a huge flower cluster up to 24 inches across resembling a red chandelier!
It forms a large bulb that can grow over 8 inches across. It usually makes 4 to 6 large, tongue-shaped leaves that lie flat along the ground.
The leaves grow throughout winter, and the bulb goes dormant for the summer. In late summer or early autumn, its dramatic flower stalk sprouts from the bare ground.
The cluster has from 20 to 80 scarlet blooms that face upward, which serve as a landing pad for birds. After flowering, the round cluster dries up, breaks off from the stalk, and rolls around in the wind like a tumbleweed, which spreads the seeds around.
The plant can reach blooming size at 6 to 8 years old. 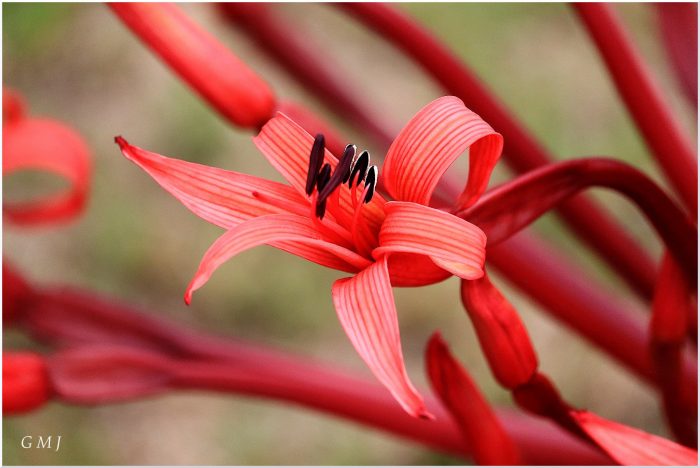